by Jennifer Hillman-Magnuson - in Parenting

Empowering Our Children: Landing the Helicopter and Letting Some Weeds Grow

parents who takes an overprotective or excessive interest in the life of their child or children. 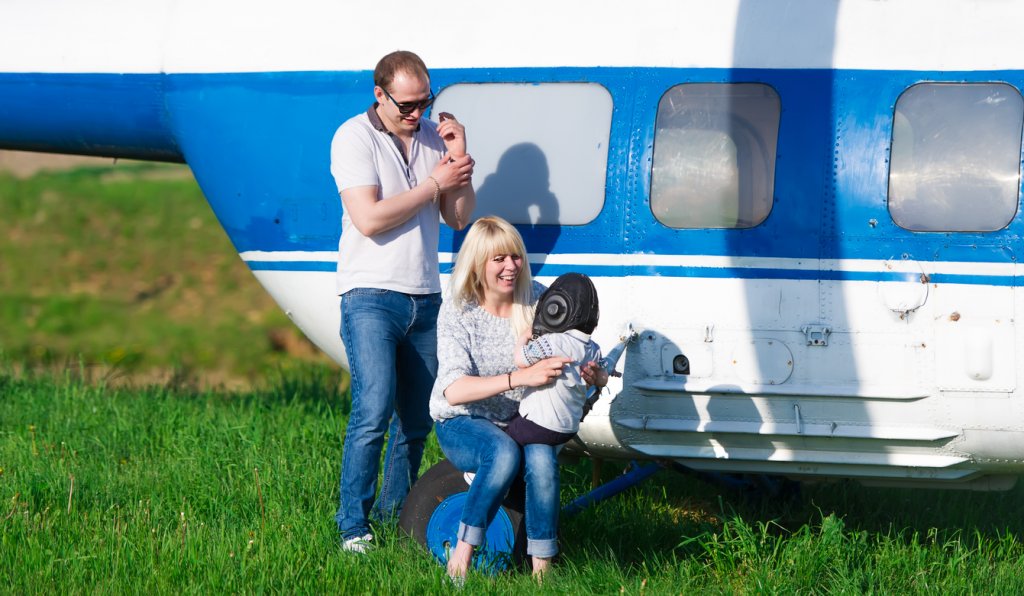 We’re all familiar with the term describing the hovering mom or dad (but let’s be honest, the general perception is that it’s usually the mom) who is enmeshed in their children’s lives to an extreme extent.

Lawnmower parents go to whatever lengths necessary to prevent their child from having to face adversity, struggle, or failure.

My take on the new monicker evokes the image of perfectly tended golf greens, manicured just so for their offspring, anticipating and smoothing any bumps a child could encounter.

On the surface, it might sound relatively benign; concerned parents who just want the best for their kids. Taken to extremes, however, it becomes a big problem and we end up with headlines like this.

Most parents, whether they’re swooping in with the sound of chopper or lawn mower blades, aren’t shelling out hundreds of thousands of dollars in bribes to cheat the system. It’s fair to assume the majority feel they are operating from a place of protective love. The world can be a tough place, and protecting kids from harm, including the agony of failure, esteem-crushing encounters with bullies or difficult teachers, and yes, even getting them into the right schools can all feel like natural parental instincts.

The pendulum has swung sharply from the generations of parents who were perfectly satisfied with good old benign neglect. I understand why the grandparents and older people in my life seem flummoxed, even annoyed, by our generation’s extreme parenting. Gone are the norms of Betty Draper-esque moms and absentee dads logging long hours at the office who came home to hide behind a newspaper while the children were seen and not heard. When we think of women with an afternoon cocktail in one hand and a smoldering cigarette in the other (all the better to gesture with to the children to scoot outside until dinner time) we don’t think mom. We think neglect.

I was a child in the 70s and 80s, and obviously none of us had today’s technology. We were truly off the grid once we left our homes. I clearly remember jumping on my banana seat bike (barefoot in summers, no helmet ever – those were for professional cyclists and weirdos) and pedaling my way to wherever I wanted. Growing up outside of a small town meant solo rides on lonely dirt roads, where I would eventually find a place to park by a swollen river. I trawled for crawdads under heavy rocks, snacked on buttered saltine crackers, and met with the occasional stranger or stray dog.

Our normal was no seat belts, no constant supervision, no regularly planned and parent-prepared snacks, and certainly no activity calendar in the kitchen detailing lessons, extracurriculars, or carpooling schematics.

No one was mowing anything but the yard.

I cannot recall my parents ever asking to see my homework during my twelve years of school when I lived at home. I do remember my mother telling me to turn down the volume on the Johnny Carson show when I typed papers late at night, so I assume she knew I had to produce things for school. Things with words.

Quick: imagine one of your kids. What was their last science project? Book report? Research paper? Can you list each one? Did you maybe “help” with one or more of them? How involved was the help? A suggestion? Did you type it when they got too tired?  Or maybe you made your third run to the craft store in a week to get different-sized styrofoam balls to represent the planetary system instead of having them use what they had at home, or face the natural consequences of being unprepared. By the way, my hand is raised for each of these. I’ve “helped” my kids more times than I can count, and honestly when my oldest got on the fourth grade honor roll for the first time, it felt like a personal victory. Because to some extent, it was.

It’s understandable that each generation carves out its identity with different norms and expectations when it comes to parenting. But as the recent college admissions scandal has taught us, it can go too far. Literally criminally far.

Should we take a collective step back?

Jessica Lahey, a teacher and writer, wrote in her book The Gift of Failure: How the Best Parents Learn to Let Go So Their Children Can Succeed, “today’s overprotective, failure avoidant parenting style has undermined the competence, independence, and academic potential of an entire generation.”

Perhaps it’s time to seek out the happy medium. We could call it hand glider parenting. There, guiding, but from a distance and without the ability to stop on a dime and do it for them.

Think of the time saved when comparing being a sounding board and mentor as opposed to camp director and academic stand-in. At PlanHero™, we give you time for what matters, and having more time to enjoy our resourceful, independent children sounds like a good idea.

I’m keeping my mower in the shed for now. How about you? Do you have any stories of extreme helicoptering or mowing to share with us? Please tell us in the comments!