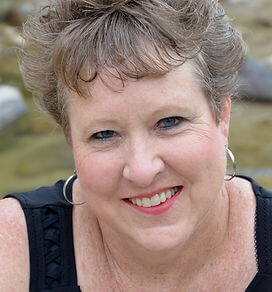 Amy Everette’s spiritual journey began in 1997, when she accepted Christ into her life. Though she had been a leader in management consulting in the business world, she had not expected to become a leader within her faith. Following God’s will, Amy gradually stepped into her role as God called her, guided by her obedience to Him. What began with three women praying in her living room quickly turned to ten. As the prayer group grew, it found a home in a Christian bookstore, where monthly meetings drew faithful people together in prayer. She saw people healed of illnesses and marriages restored as they prayed, igniting the power of prayer in the core of her being. She began praying for a movement of non-stop day and night prayer throughout the state of Colorado. When she met with Pastor Phil Eberhart in 2017, he expressed his desire to see 24×7 prayer and Colorado Prays was born. Unifying churches of all denominations, Colorado Prays has the vision to see the people and land of Colorado transformed through God’s glory.

Colorado Prays connects with churches and prayer groups across Colorado, helping them organize a monthly 24 hour prayer watch with the Church Prayer Watch initiative. The Church Prayer Watch initiative currently coordinates 55 prayer watches each month and provides participants with a 7-8 page Monthly Prayer Digest to guide their prayer time. Everette and her team draft, compile, edit and translate the Prayer Digest making it available to Colorado Prays members each month in both English and Spanish. 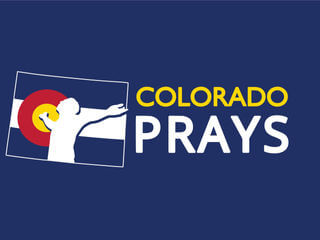 As part of the Colorado Prays mission to cover the state in non-stop prayer, the organization also produces a TV Show called Pray Until Saturation Happens (PUSH). Everette and her team, invite speakers to share their experiences with God’s work, covering issues such as sex trafficking, homelessness, marriage, and healing. The PUSH Show offers the viewing audience inspiration for their own times of prayer.

The bulk of Everette’s role as Prayer Catalyst involves connecting with churches and prayer groups to support them in their prayer endeavors. To get the word out, Amy meets with pastors, maintains a newsletter, and attends public events to network with prayer groups and churches across the state.

Through networking, Everette connected with a woman out of Boulder who envisioned a day of prayer encircling Colorado’s border. Having already mapped out routes for individuals to drive while they prayed, Everette encouraged the Colorado Prays community to engage with the initiative and promoted the event to a statewide network of churches and intercessors. People throughout Colorado came together, encompassing the borders of Colorado in prayer in a single day.

In Clifton, a Colorado Prays member church began intently praying for their community. Their church members prayed for Clifton. Men’s groups from across the city came to prayer walk Clifton believing for transformation, including a reduction in crime. The Sheriff deputies covering the Clifton area also prayed. Other churches also prayed over the small community. In 2019, the local paper reported 2018 statistics which showed a dramatic reduction in crime and the once slightly derelict neighborhood is now (in 2022) becoming a vibrant, thriving community.

Prior to leading Colorado Prays, Everette led the National Day of Prayer for Colorado and taught Discovery Weekends with The Sentinel Group. Her leadership is motivated by her steadfast belief in the transforming power of God’s Presence. Through prayer, Everette envisions a world in which the economy and environment thrives and where illness and crime are a thing of the past. Her vision is “to see the transformation of every Colorado community to better align with God’s will and purposes.”

Her vision is ‘to see the transformation of every Colorado community to better align with God’s will and purposes.’

As Colorado Prays expanded, Everette needed to find a more efficient way for people to sign up for their Prayer Promise time slots but got discouraged with other signup platforms. PlanHero’s Julie Farrell reached out to discuss our Tools and worked with Everette to launch the Colorado Prays County Prayer Watch initiative using our Signup Tool. With 64 counties, 64 signups, and 1500 time slots to fill each month, Everette is thrilled by PlanHero’s ease of use for both her and the people who sign up to pray.

Colorado Prays also supports the Colorado Aglow International prayer leadership team by using Everette’s PlanHero account to mobilize people in every Colorado zip code to pray for the nation. Split into 6 regions, each of the 511 zip codes in Colorado have their own signup. The Aglow leader is a co-organizer in this PlanHero Club which makes it easy to share the management of this prayer campaign.

PlanHero has become a vital part of the Colorado Prays technology infrastructure to mobilize people to pray across the state for Colorado Prays and other prayer ministries. All Everette has to do is encourage people to sign up to pray in the County Prayer Watch initiative and let PlanHero do the work of recording and tracking Prayer Promises in each county. The built-in reminder notifications of the tool also takes a load off of Everette and her team because it saves Everette from sending hundreds of email reminders each month. Our Signup Tool allows Everette to reach a broader audience without increasing her time commitment. In her own words, “Planhero is part of changing and transforming Colorado” through its support of Colorado Prays.

Inspired to create your own 24-hour prayer signup? Here’s how.

How to Create a 24 Hour Prayer Signup

How to Create a 24 Hour Prayer Signup